As you know I have RF spectrum recordings of the entire 160 Meter band and surrounding spectrum during the nights the interference was occurring.  I was also monitoring and recording many of remote SDR sites over in Europe during this same time period because of the fact that so many people claimed the interference was coming from Russia or China something I never believed.  Many of these recordings spanned time frames in excess of 24 hours which enabled going back and matching the interference with gray line propagation.

One thing became immediately apparent very early on.  The interference was coming from the east coast of North America, and north of where I am, putting the likely source somewhere in Canada.

The interference would become detectable at the Hackgreen SDR site ( -2° 31' 4'' W / 53° 1' 53'' N) at approx. the same time (+/- 5 minutes) every evening that the interfering signal was on the air.  This is what the gray line map looked like at the time the signal first became detectable at Hackgreen.  NOTE: This is when the signal FIRST BECAME DETECTABLE - NOT when it peaked! 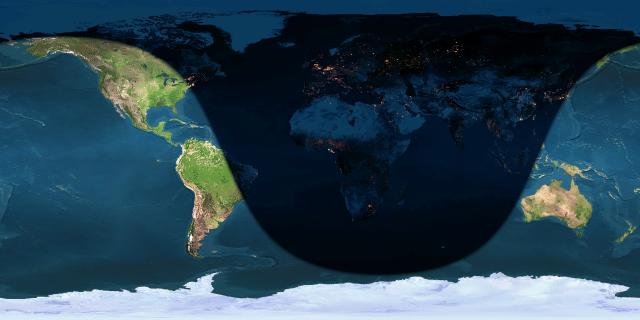 This agrees with the NE bearing from WG3J, and my observation that the signal was on the east coast of North America and NOT over in China or Russia.

Then came the observation that I was able to hear the signal during DAYLIGHT HOURS.  That meant the signal was considerable closer to most of us than most people thought.

When I was tuning around the 160 meter band by playing back recordings of the 1.5 to 3 Mhz RF spectrum I ran across a ham station on 160 meters that was complaining about the interfering signal being so strong that it was overloading his receiver and when he tuned to the signal the S-meter hit the pin at 80+ DB over S9 !!!  That station was located in Buffalo, NY.

This reminded me of some very similar research that I did back in 2012 also concerning what appeared to be an HF radar operating just above the 160 meter band that would at times actually end up inside the 160 meter band.  I still had the files from that research.

This is what I found when I reviewed the list of research papers I had collected:

Besides the references to "2 MHZ RADAR" what caught my eye was the use of frequencies inside of bands assigned to ham radio, in particular, 51.5 Mhz, 224 Mhz and 1.98 Mhz and the name HOCKING. 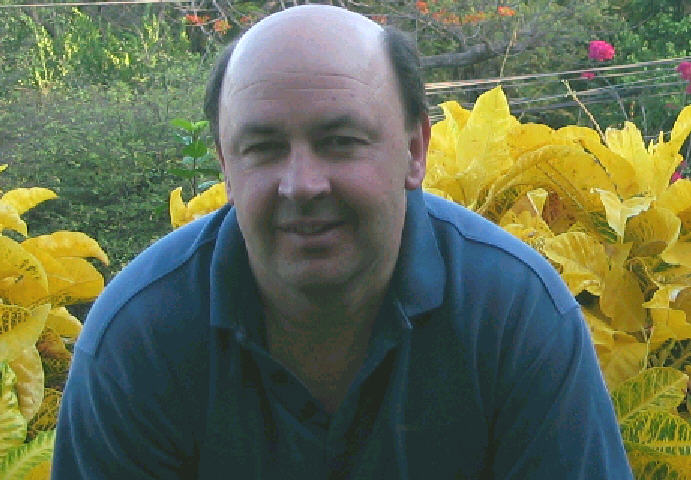 Prof. Wayne (WK) Hocking is still active at UWO (University of Western Ontario).  I would be VERY surprised if he wasn't directly connected to the interference.  If not, then I have very good reason to suspect he knows who is responsible.

Address: Department of Physics and Astronomy,

E-mail: This email address is being protected from spambots. You need JavaScript enabled to view it.

Here is a map of some of the UWO radar sites.  This explains why I am able to hear the signal during DAYLIGHT hours.  It also explains why the station in Buffalo, NY was having his S-Meter bent around the pin.

Compare this with the gray line map above and keep in mind that was when the signal was first detected at Hackgreen NOT when it peaked in signal strength.

While doing this research I ran across the following document dated November 25th, 2014.

Due to the number of interference complaints, regulations have recently been tightened on HF radar stations and the amount of spectrum occupied by them reduced from ~7 Mhz to ~700 Khz.

2.2 Frequency management issues
As of 2012 there are approximately 500 oceanographic radars in operation. The majority of these radars are operated worldwide in real time and the expectation is that their numbers will continue to increase. In the past, the majority of these systems were operated under assignments based on No. 4.4 of the Radio Regulations. Total spectral usage was spread over approximately 7 MHz of spectrum. As a result of Resolution 612 (Rev.WRC-12), nearly all of these radars operating on a permanent basis below 30 MHz are now required to fit within allocated frequency bands totaling no greater than 700 kHz.

** RR No. 5.132A states that ?Stations in the radiolocation service shall not cause harmful interference to, or claim protection from, stations operating in the fixed or mobile services.

Furthermore, from an operational perspective, it has been shown that a majority of radars must operate within a 200 kHz bandwidth between 10 and 20 MHz in order to meet their mission objectives. This means that many radars must operate simultaneously within the same frequency band within a geographic region. Since many of these radars will be within radio reception range of each other they can mutually interfere and impede their collective ability to perform sea state measurements. This results in the need for coordinated operation of radar stations installed within a geographic area and possibly under the jurisdiction of multiple administrations. In order to achieve interference free operation a variety of different system parameters and design options need to be taken into account.

In addition to coordination with other allocated services and between oceanographic radar operators, a requirement imposed by Resolution 612 (Rev.WRC-12) requires that oceanographic radar stations must transmit station identification in international Morse code at manual speed, at the end of each data acquisition cycle, but at an interval of no more than 20 minutes. In practice the purpose of the call sign is to identify a station that may be interfering with other radio services.

2.3 Call-sign identification
A call sign in Morse code should be detectable by international monitoring stations (Article 16 of the RR). Experienced Morse code listeners can receive at rates of 15 words per minute or more. In accordance with Resolution 612 (Rev.WRC-12) the call sign shall be transmitted on the assigned frequency. The call sign signal heard by the impacted radio should be transmitted at the same power level as the normal radar signal. The details that are associated with several call sign identification techniques can be found in Annex 1.

Making the List demonstrates you are a Complete Moron

Moron of the Month Award goes to WA0RCR